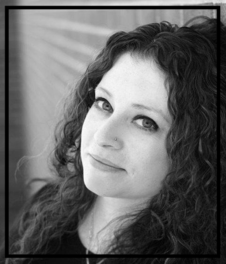 Ashley, founder and teacher of Rockstar! Studios, has been playing and performing music for over 30 years. She earned her BA in Music from the Conservatory of Music from Kean University focusing on classical voice. Her primary instrument, in the beginning of her career, was saxophone, specializing in Jazz Improvisation.

Ashley has been teaching voice for over 18 years creating a niche with Musical Theater performers as well as Rock, Pop and Classical Singers both on a professional and recreational level! She has been teaching at JP Stevens HS in Edison, NJ for their award winning Theatre Department as Musical Director and Pit Conductor. She has a unique and out-of-the-box way of teaching her students, regardless of their experience level.

Ashley specializes in Vocal Coaching and all of her vocal students are taught with the same classical technique focusing on posture, breathing, articulation, vowel placement and diaphragmatic support. Her students not only become well trained singers, they also build confidence, social and public speaking skills, as well as decreasing performance anxiety and nervousness for all levels of skill and interest for the precollege, college and professional singer!

Ashley brings a new edge to all of her lessons and individualizes each one to help bring out the Rockstar! in all of them! 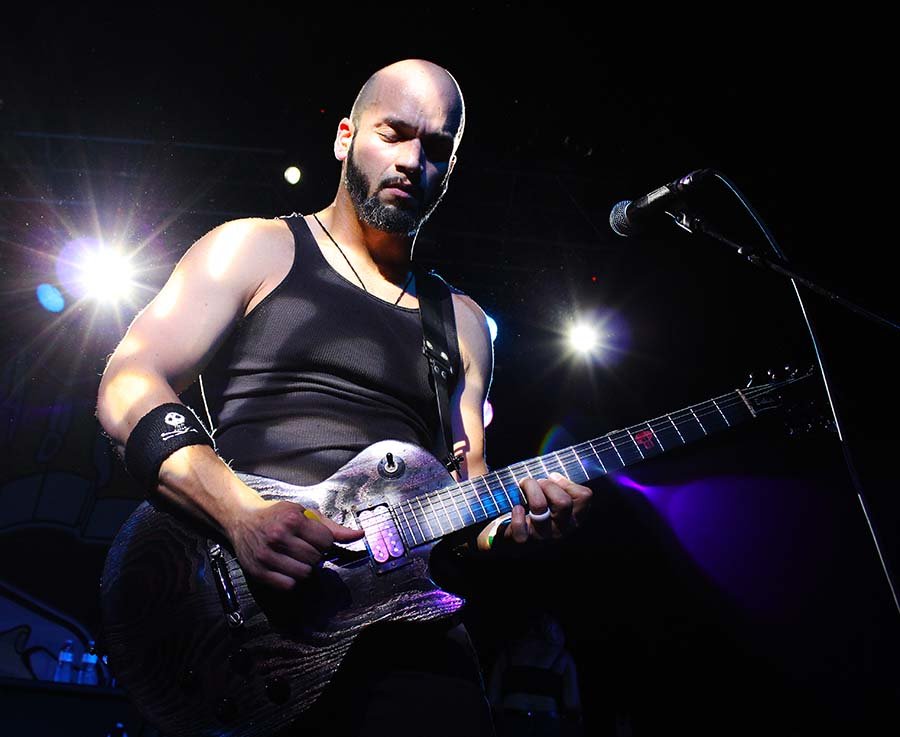 David received his bachelor's degree from Kean University in Classical Guitar Performance and has been teaching Guitar, Bass, Piano and Music Theory/Composition for over 20 years. He has been playing music since he was 9 years old and originally started on the clarinet and piano, then fell in love with the guitar at age 11. Since his teen years, David has been a member of the hard rock/heavy metal band E. Town Concrete, touring the U.S., Canada, Europe, and Japan. The band's music videos were featured on MTV2's Headbanger's Ball, several Playstation video games, and on a Budweiser commercial for the 2004 U.S. Olympic team. David is also the newest member of long time friends and veteran rockers, 40 Below Summer, taking the country by storm with continuing tour dates. Additionally David performs with numerous other bands as well as experience playing guitar, banjo and mandolin in Musical Theatre Productions. 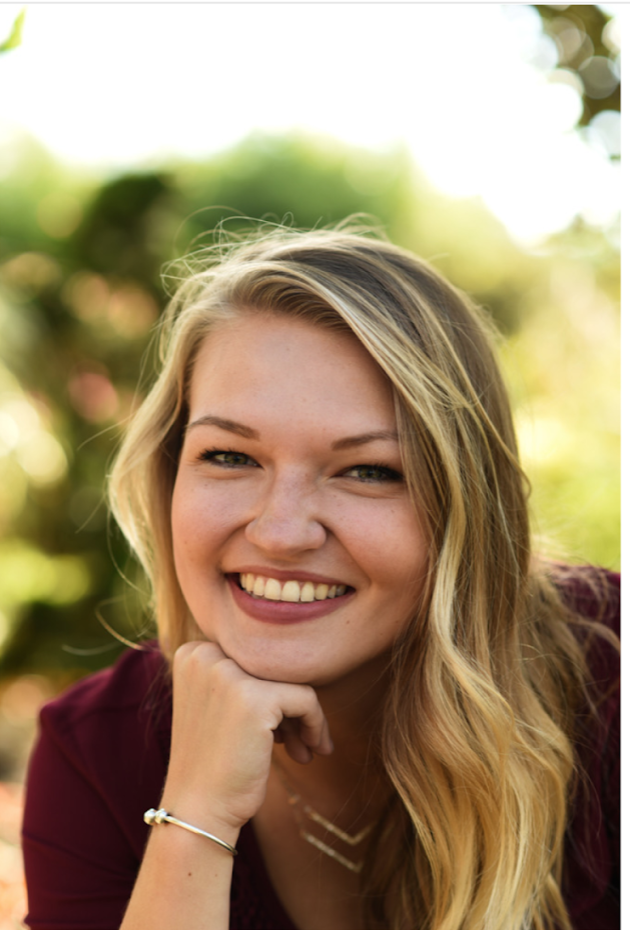 Haley has been playing the violin since the age of 6 and has been teaching private lessons since 2012. Haley has experience with teaching violin, viola, cello, ukulele, beginner guitar, as well as beginner double bass. She recently moved here from Pennsylvania, after finishing her degree at Penn State. She currently teaches orchestra in Piscataway School District. With her ability to connect to students of all ages, she creates a welcoming environment full of energy, while striving to inspire students to be passionate about their music and share it with their community. 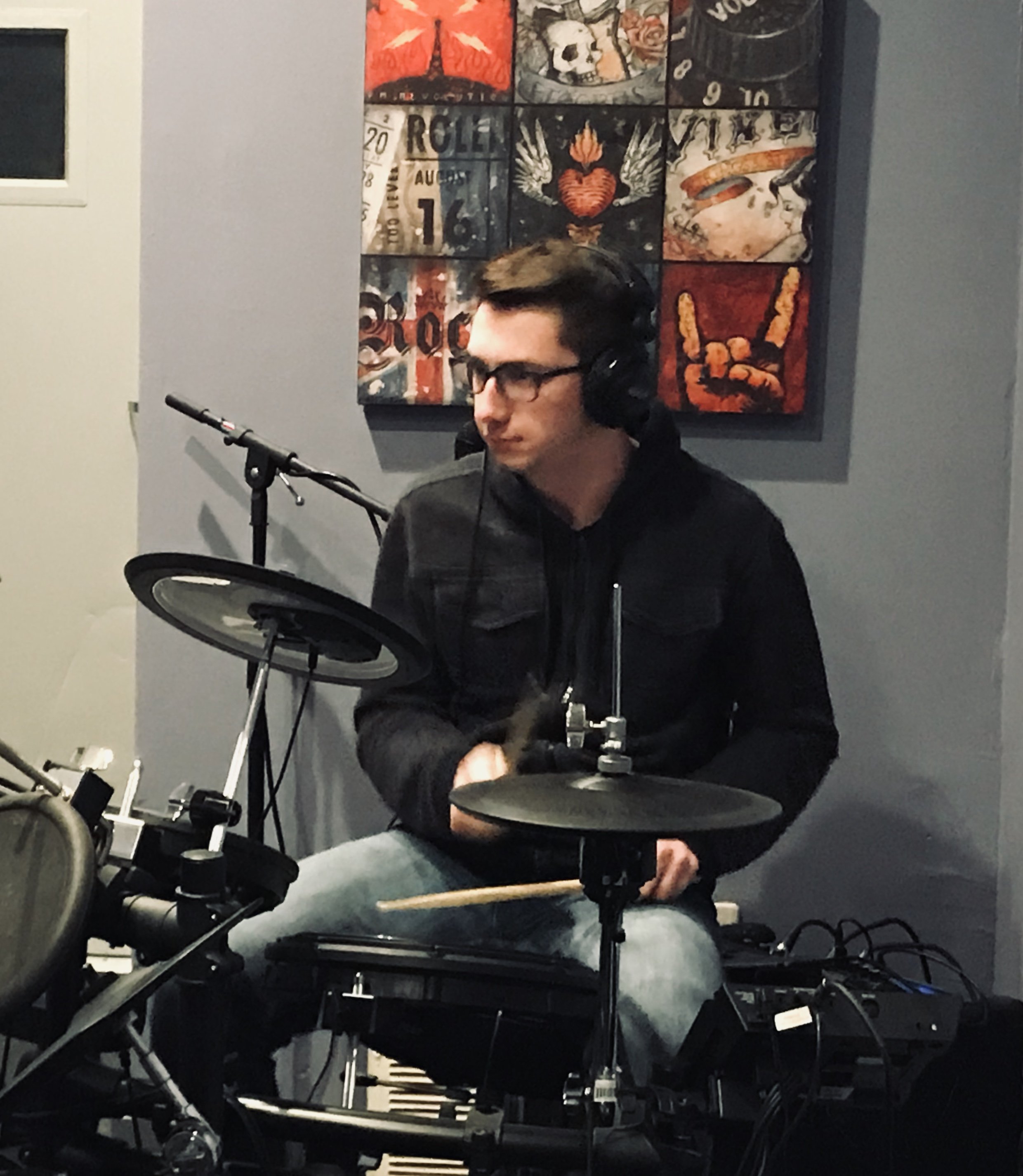 Michael has been performing and studying music since he was 7 years old, beginning with drum set lessons and later picking up multiple areas of percussion. Besides a drum set player, he has experience performing orchestral, marching, Afro-Cuban, Brazilian, and West African percussion. He has played in rock bands, jazz ensembles, latin ensembles, orchestras/wind bands, musical theatre pits, marching bands, and also works as a dance acompanist. Michael currently studies orchestral and Afro-Cuban percussion at Rutgers University: Mason Gross School of the Arts. He is working towards completing his bachelors degree in Music Education and also a Certificate of Recording Arts. Besides performing, Michael works with multiple high schools in New Jersey as a marching band percussion instructor and also teaches private lessons. 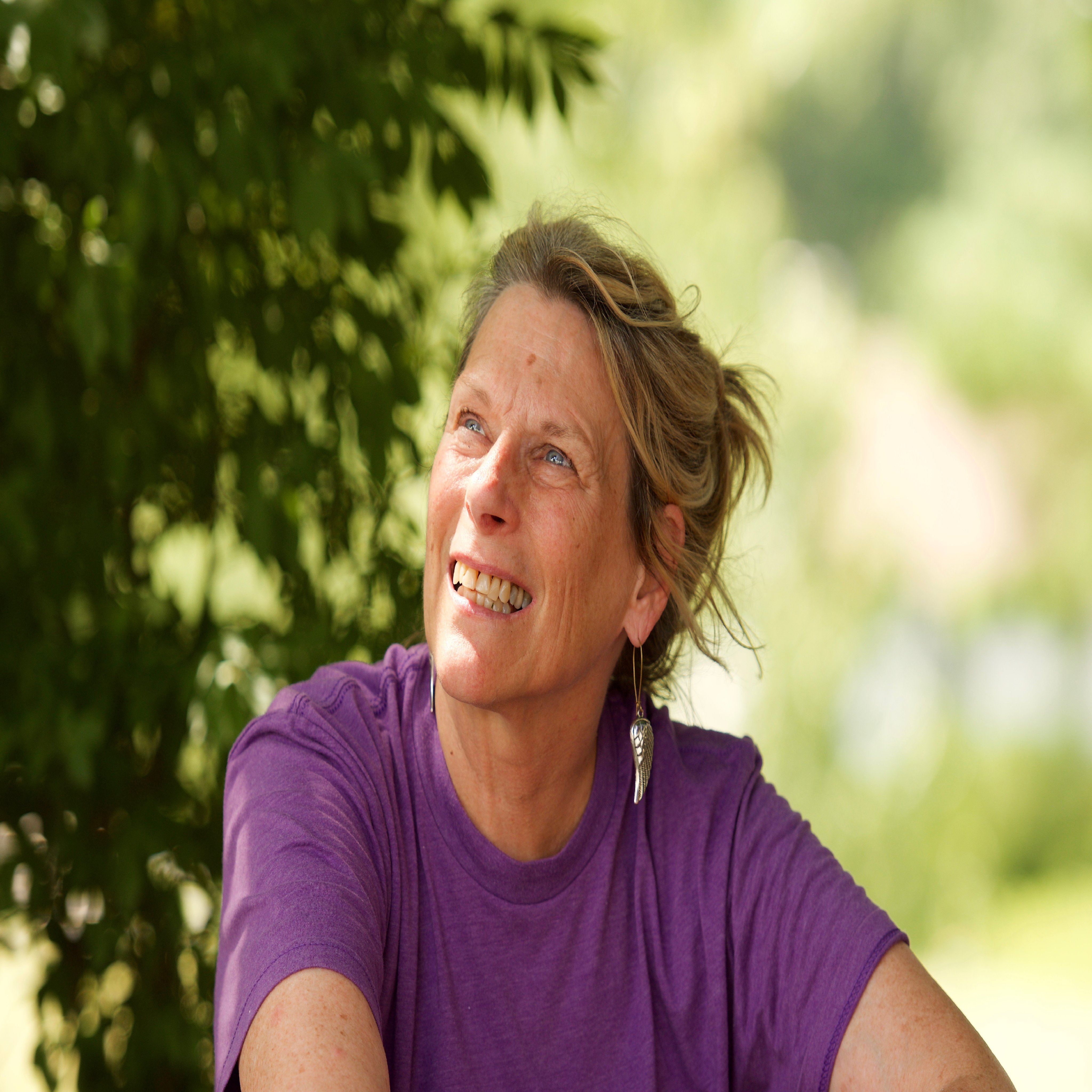 Darlene Rich is a graduate of the American Academy of Dramatic Arts, NYC, Thomas Edison State College, and The College of New Jersey. She began her yoga practice as a part of the acting training (movement for the performer) while attending AADA; continuing both yoga and acting studies through formal degrees and certification programs. Her philosophy follows the age old adage- when you teach something you then, and only then, begin to master it.

Darlene holds degrees in Literature, Theatre, and Masters in the Art: Teaching Secondary English as well as a Teaching Certification for K-8, Theatre and Speech and Communication. Darlene also holds three certifications in yoga including her extensive study with (locally) Bobbie Ellis and (internationally) with Shiva Rae and Angela Farmer. She has been teaching yoga for eleven years.

Darlene’s acting/performing credits - gratefully too many to list- includes Off-Broadway world premiere’s including Visions of Kerouac at the Lion Theatre, NYC, and The Hunting Scenes of Lower Bavaria at the Vandam Theatre NYC. Darlene was a resident member of the Shelter West Company under the Artistic Director and mentor, Judith Joseph.

While working as a professional actress Darlene continued her studies at HB Studios with Frances Chaney, Aaron Frankel. Austin Pendelton and William (Bill) Hickey. She studied voice with James Gassett and continues her vocal training with Ashley Mondragon. She also studied dialects with David Christopher.

Darlene is thrilled to be leading the Acting Program at Rockstar! Studios, bringing to the private sector her teaching and directing skills of theatre, musical theatre, improvisational theatre and yoga for the performer that she has honed at JP Stevens High School for the past 20 years. 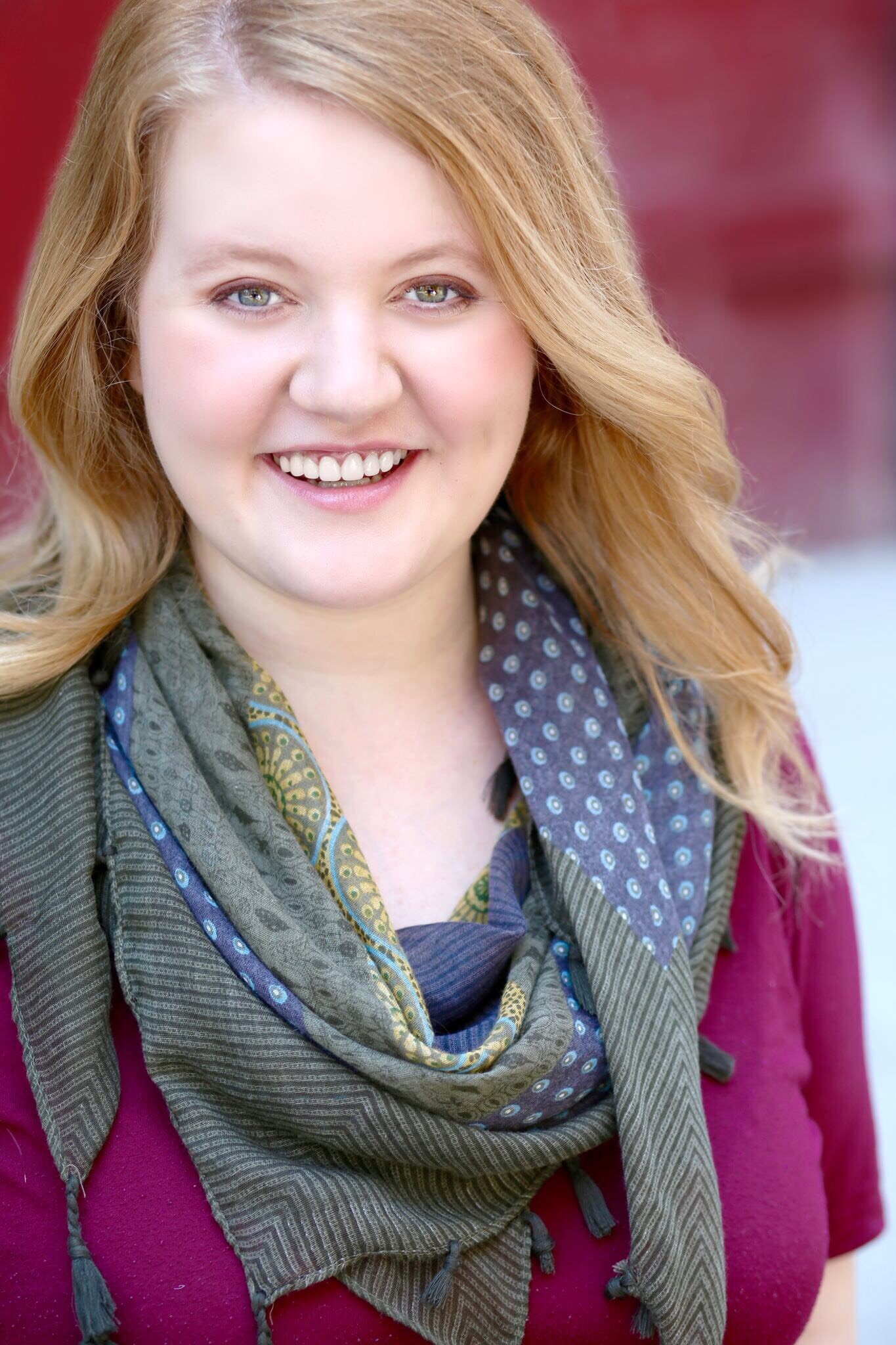 Rachel is a graduate of AMDA College and Conservatory of the Performing Arts, and an alumnus of Rockstar! She recently performed in Centenary University’s Summer Repertory productions of Nunsense and Jesus Christ Superstar. She’s also a current cast member in their TYA touring productions of Polkadots! The Cool Kids Musical, and Miss Nelson is Missing. Rachel has been a permanent cast member of the cabaret Let’s Broadway in New York City for the last three years. Other acting credits include Tracy in Hairspray (Algonquin Arts Theatre), CB’s Sister in Dog Sees God (Circle Players Theatre), Martha in Spring Awakening (Rockstar! Studios).

Sam is a pre k teacher by day and "Rockstar" by night! She is a MSU theatre studies and Dance graduate. Sam has retired from 12 years of competitive Dance and 20 years of performing on stage and choreographed over a dozen shows for multiple community theatre companies throughout the state including Westfield players, EVP, Main Street and most recently Rockstars Studios.

She has choreographed for 10 years for Middle and High School Musicals as well as Community Theatre Productions. Sam has also choreographed award winning routines in the world of competitive Dance. 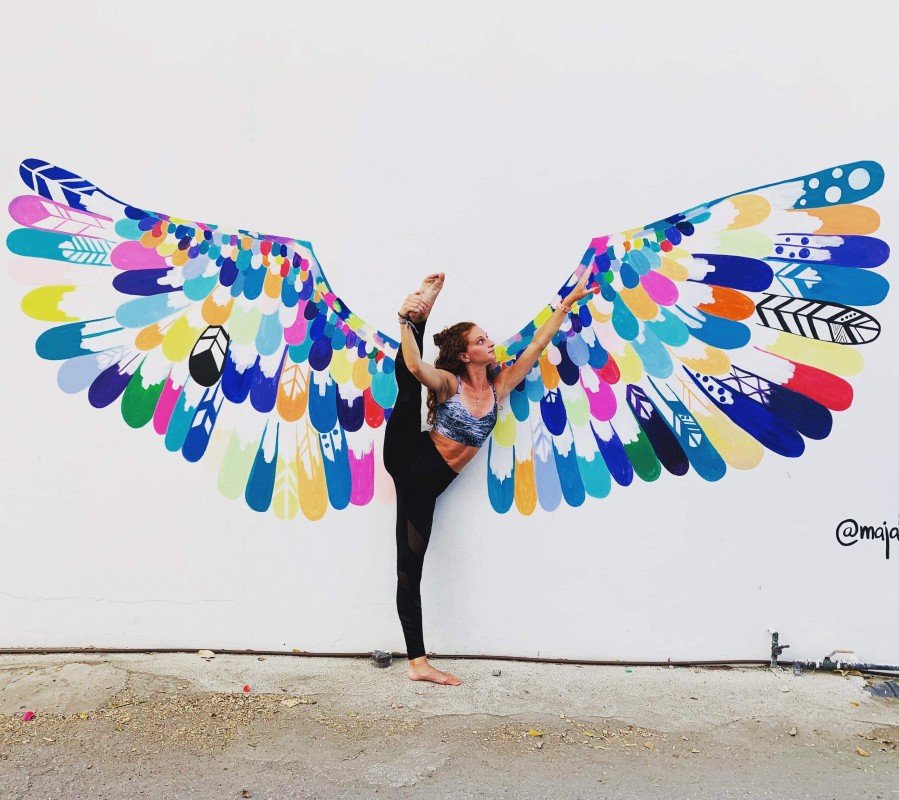 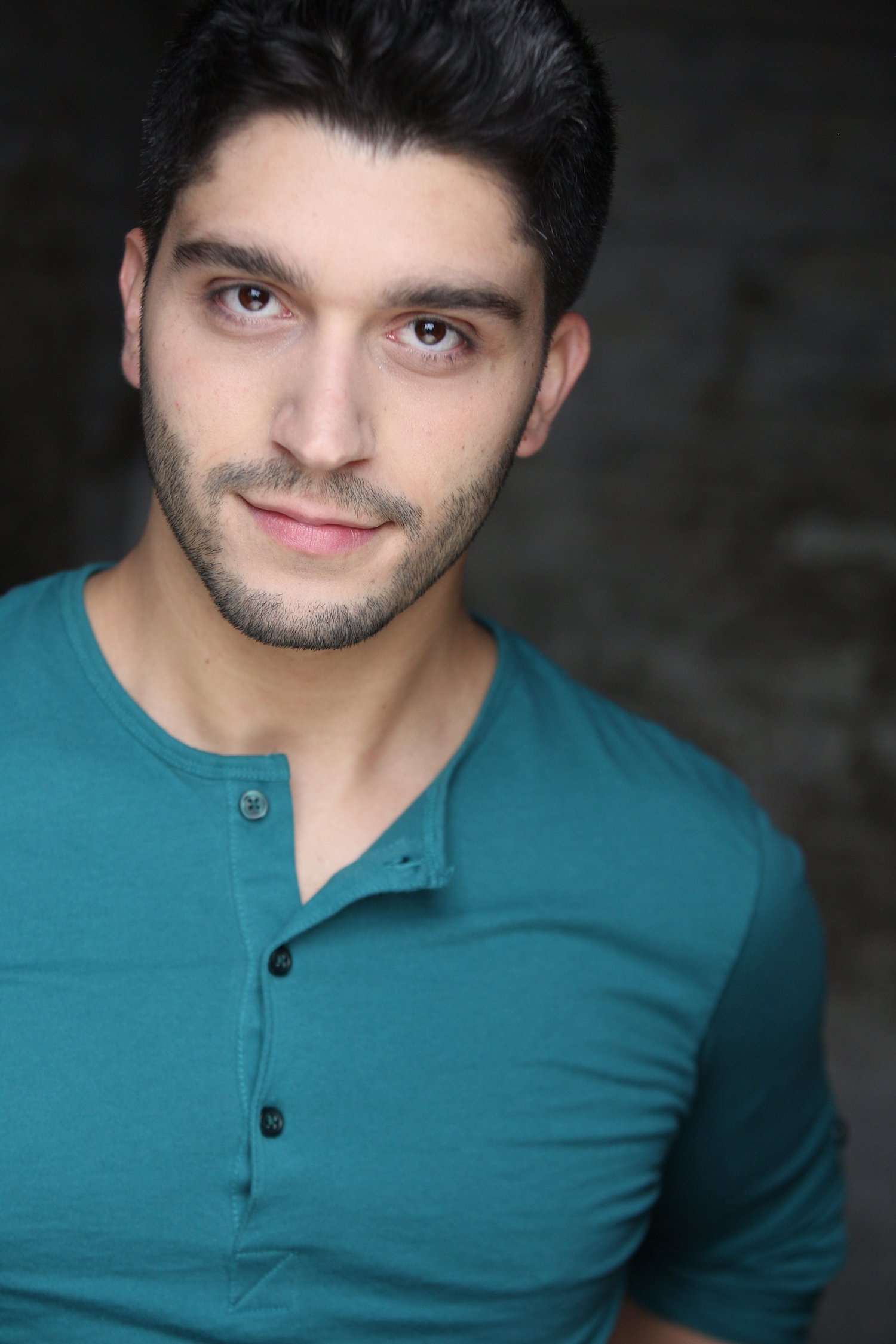 Matthew Petrucelli is a New Jersey native actor and educator. He received his BFA in acting from Montclair State University, and is currently working towards his MFA in acting at Rutgers University Mason Gross School of the Arts. He holds his New Jersey Teaching Certification as a Teacher of Theater for grades K-12. He taught and helped build the drama curriculum at BRICK Peshine Academy in Newark, NJ. Matthew also spent a year training at Shakespeare’s Globe Theatre in London where he received extensive classical training.

As an actor, Matthew has performed in various productions in the US and Europe ranging from musicals, plays, and devised original works. Matthew was seen in J.M. Meyer’s Bride of the Gulf at the Edinburgh Fringe Festival, and Shakespeare’s Measure for Measure both in London on the Globe Stage, and in New Brunswick, New Jersey. Matthew has been in various musicals such as Jesus Christ Superstar, and Annie.

Matthew is a graduate of JP Stevens High School, and a former student of Rockstar! Studios, where he was taught and mentored under Darlene Rich and Ashley Bowen. He is excited to work alongside such talented faculty, and to be part of the Rockstar! team.